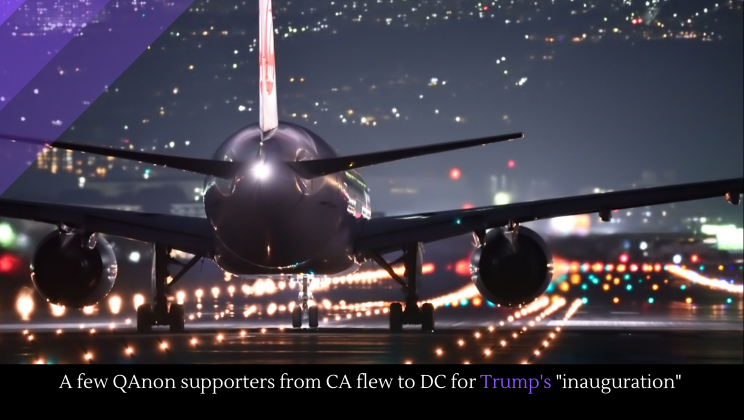 A few QAnon supporters flew from California to witness Trump’s “inauguration” on March 4. While we may be tempted to laugh, we shouldn’t. Certain segments of the QAnon community are merging with some evangelical communities, creating a dangerous mix that some experts compare to ISIS.

The QAnon conspiracy theory also seems to be working its way ever deeper into the Republican Party. At CPAC, for example, multiple Q supporters spoke from the stage, and one even supported the theory from it. Meanwhile, a former QAnon supporter has called the movement a terrorist group.