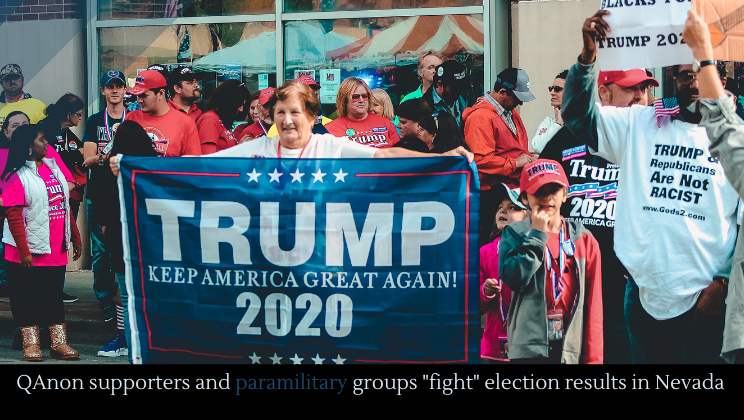 Paramilitary groups, QAnon conspiracy theorists, and other Trump supporters gathered in Nevada to fight the election results this past weekend.

A White House aide’s claim that Donald Trump is “very aware” that he lost the election, but he is putting up a fight as a “performance” for his followers seems to be dead on. Some 80% of Trump’s supporters think that Biden’s win was illegitimate. This has terribly implications for our nation. If we lose faith in our system, our system collapses.