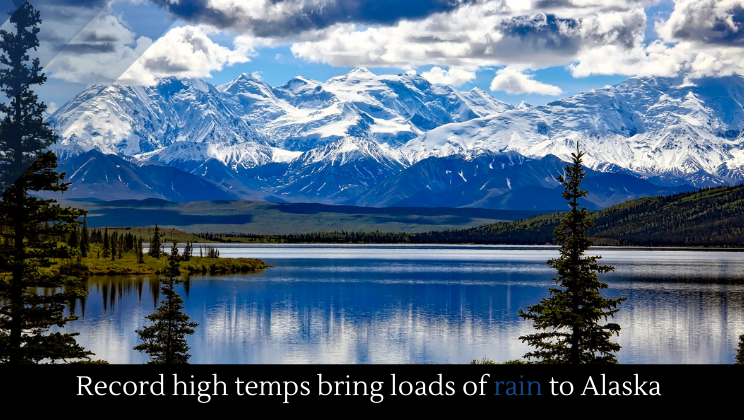 Record temperatures topping 67º F hit Alaska this month, setting a record for December. The weather has led to torrential rain, and raises the possibility of major flooding as the climate continues to warm.