Some Republican Senators doodle, read, or nap during impeachment 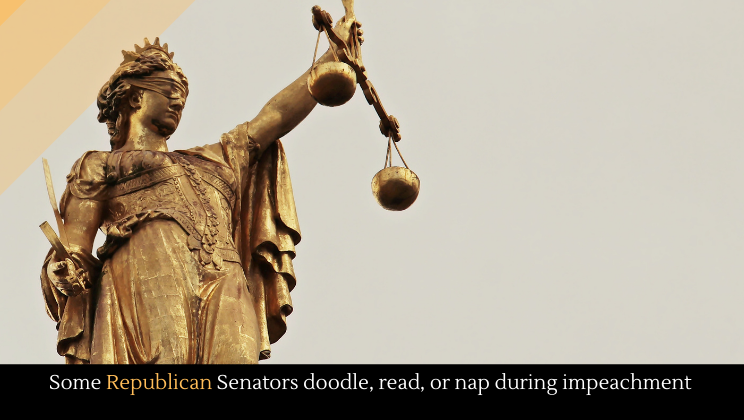