Republican senators under fire for dumping stock after coronavirus briefing 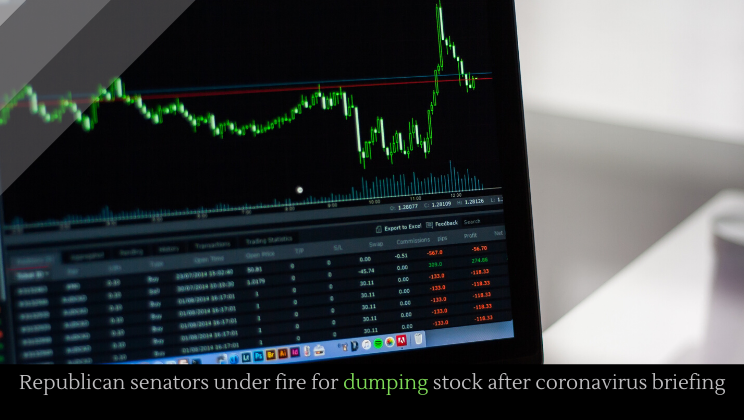 Several Republican senators have drawn widespread criticism, even calls for their resignation, for alleged insider trading. The senators attended a briefing about the potential threat of COVID-19, and instead of warning the public, they sold their stocks. This as the Trump administration advised Americans to keep buying.

The senators unethical stock trades are particularly alarming given the severity of the current economic situation. All gains since Trump’s election, the so-called “Trump Bump,” have been erased.

The economic situation is so insane that even the IRS is delaying the April 15th deadline by 90 days for the vast majority of taxpayers. Check your individual states to see if they’ve changed the deadline.