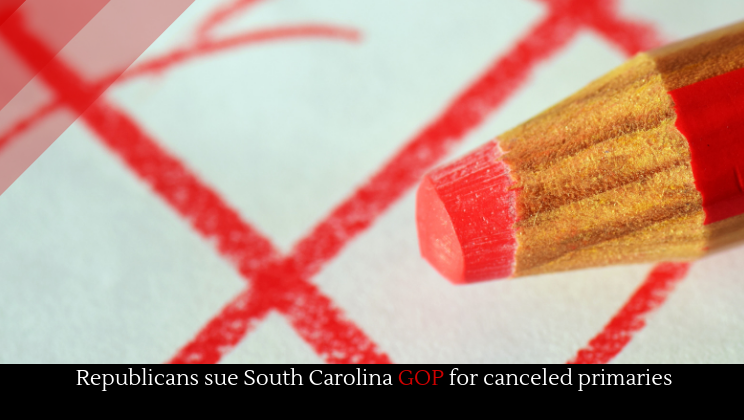 Two South Carolina Republicans are suing the state’s Republican Party for canceling its primary. The lawsuit says that cancelling the primary is illegal and violates both party rules and state laws. The lawsuit claims that “the State Executive Committee has chosen which candidate to support by fiat, and in doing so, excluded Republican voters from the process entirely — in violation of the law and its own rules.”

The Alaskan Republican Party has canceled its primary, despite the fact that Trump has multiple challengers.

Republican primary challenger Joe Walsh is outraged that states are planning to cancel their presidential primaries. He called the GOP a “cult” that is “is all about washing their leaders’ feet every day.”

Walsh says that if the states carry through with their plans, then he will go straight to the people.