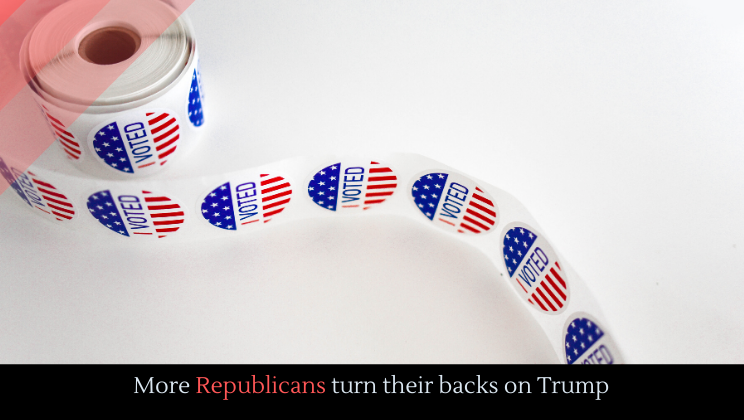 More influential Republicans are turning their backs on President Trump. Former President George W. Bush and Senator Mitt Romney have publicly refused to support Trump’s re-election. Jeb Bush is unsure of how he will vote. Cindy McCain, John McCain’s widow, is almost certainly going to vote for Biden.  Colin Powell, who served under both Bushes and Reagan, said that he will vote for Joe Biden. This exodus of influential Republicans may for the party to do some major soul searching.