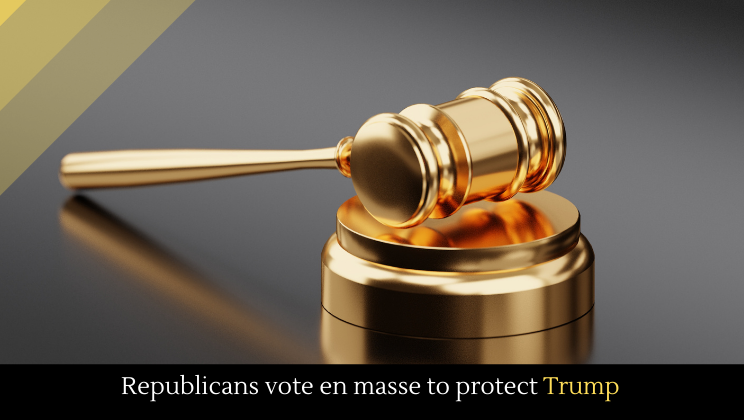 Although Republicans decried former President Trump for his role in instigating the January 6 riots at the Capitol, they have predictably circled the wagons now that real political consequences are on the horizon. They have voted, en masse, against impeachment proceedings, signaling how they will vote when the trials begin in the Senate.

The move is nevertheless a bit of a shock, given the size of the reckoning the Republican Party was facing immediately following the January 6 insurrection at the Capitol. One member of the party, a former Oklahoma congressmen, has left the party, calling it a “cult.” CNN, meanwhile, is accusing the GOP of being an empty shell of itself and suggesting that it stood for nothing.

The backlash against the GOP was anything but surprising after the mob of right-wing rioters stormed and briefly occupied the U.S. Capitol following a rally in which Donald Trump once more claimed to have been the victim of a rigged election. Six of those rioters were were Republican lawmakers, meaning six Republican lawmakers were part of an insurrection against the United States of America. Let that sink in for a moment. What’s worse, they don’t even see anything wrong with that.