Russia says Crimean bridge to be repaired by July 2023 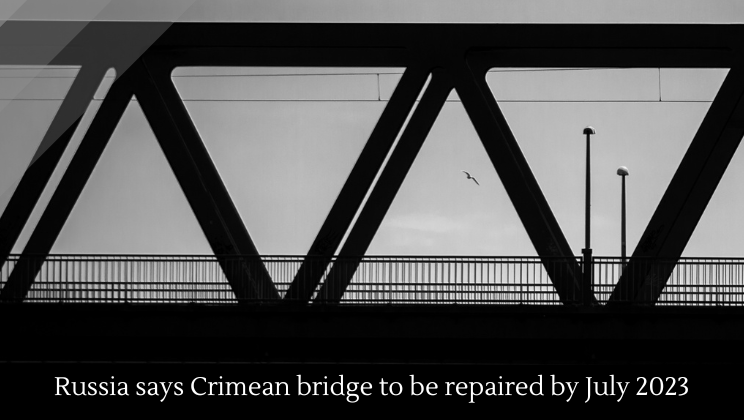 Russian documents reveal that the country expects to repair the Crimean bridge by July 2023. A huge blast brought down sections of the important supply-line bridge between Russia and Crimea earlier this week.

Putin said the horrific missile strikes on major Ukrainian cities were punishment for the attack on the Crimean bridge.

Ukrainian forces have made major advances in the south of the country. The push has led Russia to withdraw its troops from Lyman, a strategically significant Ukrainian city. Nevertheless, Russian state media is reporting that 96% of Ukrainians in occupied territory voted in favor of joining Russia, in a referendum that was so obviously a sham. Russian soldiers went door to door to get votes for the Ukrainian referendum. Four Ukrainian regions currently controlled by Russia are called for a referendum to join Russia before Ukrainian troops come to liberate them.