Russia set to default on $650m in bonds 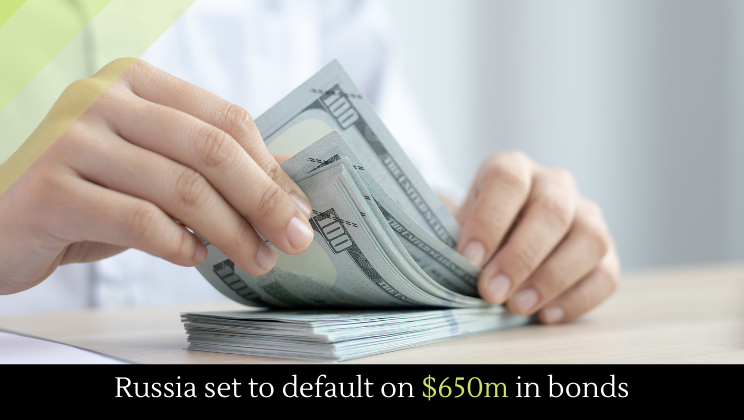 Russia is set to default on $650m in foreign bonds, a further sign of the nations financial problems as a result of sanctions.

Russia has already defaulted on foreign loans, since it tried to pay them in rubles. Late last week, Standard and Poor has downgraded Russia’s credit rating, indicating that the country may soon be unable to pay its foreign debt.