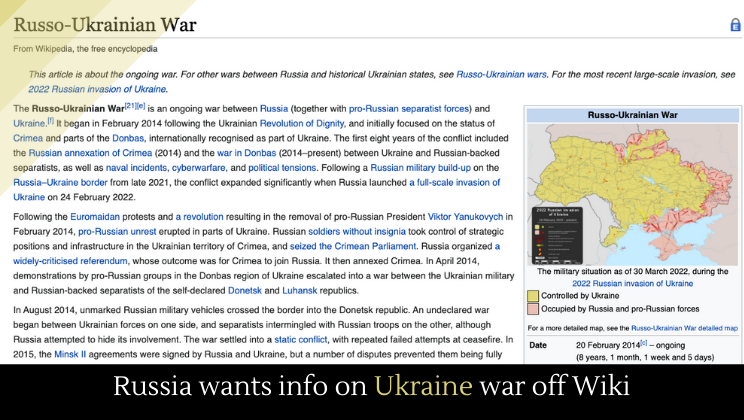 Russia’s media regulator wants information on the war in Ukraine off Wikipedia, as part of its larger domestic disinformation campaign. The United States believes that Russian military officials are lying to Putin about their progress in Ukraine. The US further believes that Putin learned about this misinformation, leading to conflict in the Kremlin.

That may explain why Putin allegedly purged the Kremlin of officials he blames for the faltering invasion of the Ukraine. The Russian army’s inability to swiftly conquer Ukraine has led to a number of internal struggles among Russian leaders. Sergey Beseda, head of the FSB’s foreign service, has been placed under house arrest. Putin had the man arrested for failing to warn him of the stiff resistance Russia would face in the Ukraine.