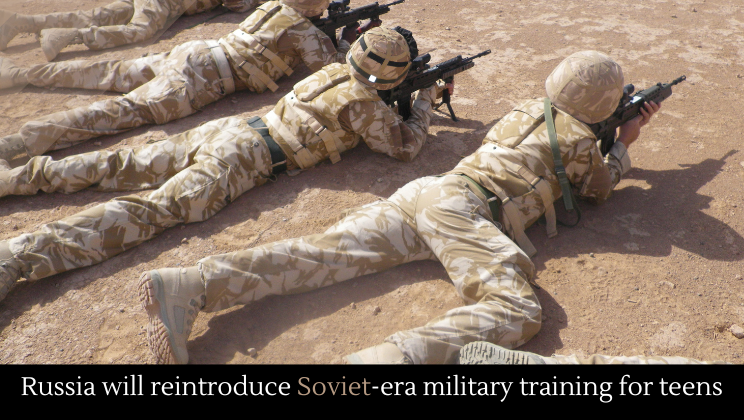 Russia is set to reintroduce military training for teens, something it once did during the Soviet Era.

Satellite images reveal that the Russians are building up troops in Belarus for a potential attack on Ukraine.