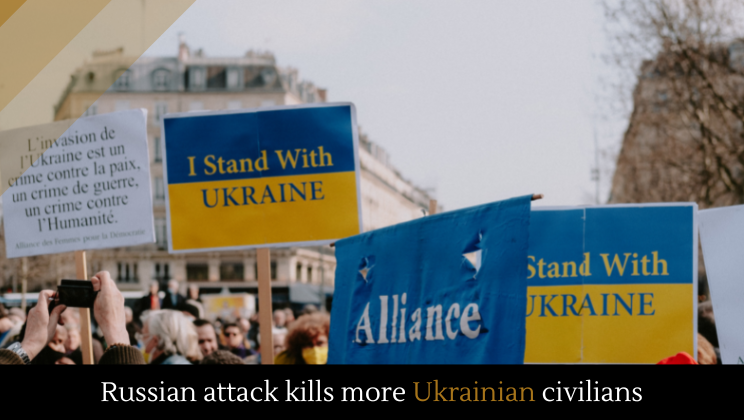 A Russian attack on an apartment block and camping air have killed at least 21 Ukrainian civilians. Russia is turning to more extreme means in its war.It also bombed a crowded Ukrainian shopping center, for which France said Russia must answer.

Russia also carried out airstrikes from Belarus for the first time, signaling a new phase of the war. Russia has also gained full control of the city of Severodonetsk. Russia is also in control of the Donbas province, despite their persistent losses.