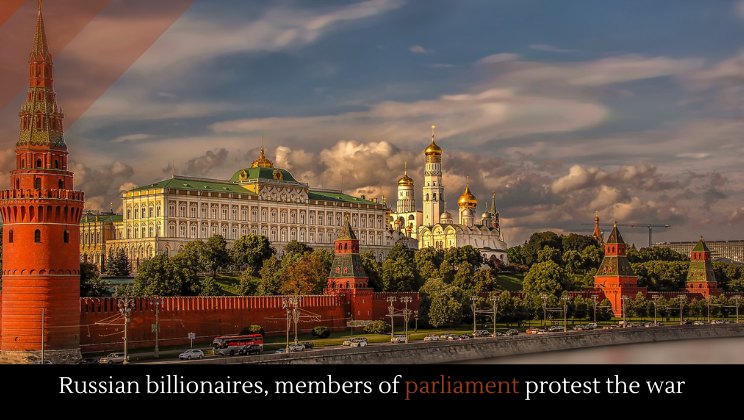 Three members of Russia’s parliament have spoken out against the Russian invasion of Ukraine, and Russian billionaires are beginning to do the same.

Protests in Russia have been heating up all week, with demonstrators demanding not only an end to the war but also a dramatic change to the political system.

The Russian daily paper Novaya Gazeta condemned Russia’s invasion of the Ukraine and called for popular opposition, a sign of the mounting anti-war sentiment in Russia, despite a government crackdown.