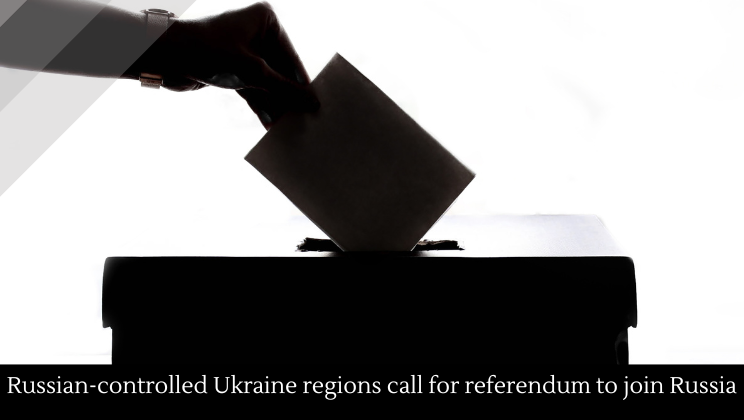 Four Ukrainian regions currently controlled by Russia are calling for a referendum to join Russia before Ukrainian troops come to liberate them.