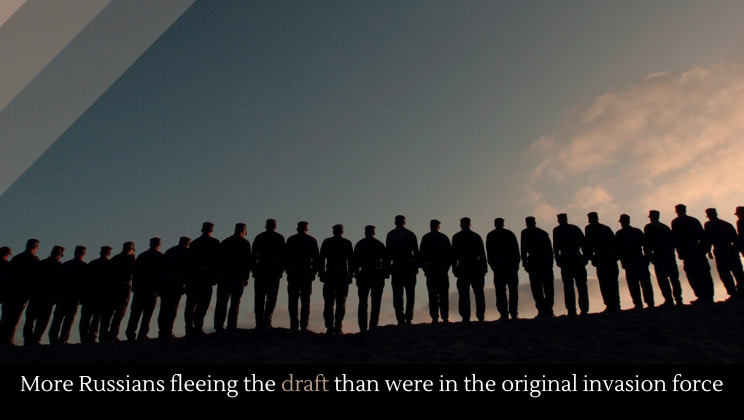 There are now more Russians fleeing the draft than there were in the original invasion force, UK intel suggests.