Russia’s meddling in the Democratic primaries and no one cares 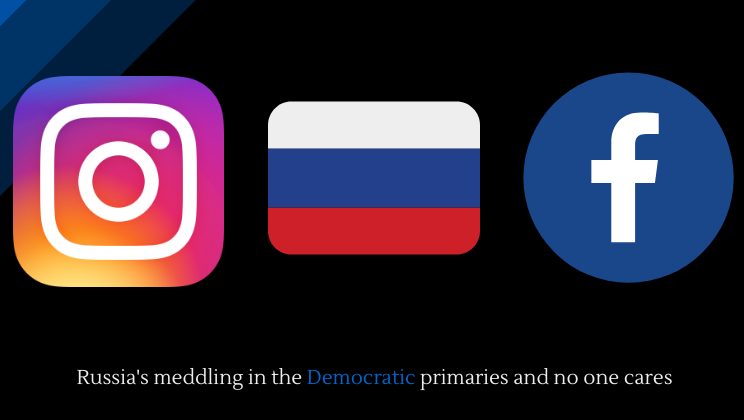 Facebook recently released some alarming information: Russians are already infiltrating American social media platforms and attempting to widen preexisting social fissures. What makes this more alarming is that this is already happening, during the Democratic primaries. In 2016, the Russians didn’t start meddling in earnest until the general elections.

For example, Russian operatives created fake African-American news outlets in order to drag Biden’s name through the mud and boost Sanders. This is designed to rile up anger against Sanders for costing Biden the election.

And there was already meddling in the midterm cycle. This internal case of vote tampering the 2018 North Carolina state congressional race reveals how easy it is. According to recent testimony by Lisa Britt, she was instructed to fill out uncompleted ballots in favor of Republican candidates.