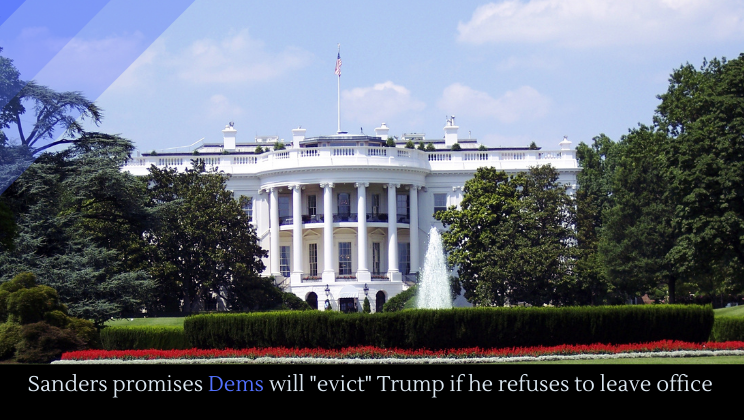 Democrats aren’t taking Trump’s threats to stay in office regardless of the election results lightly. Bernie Sanders suggested that Dems have a “number of plans” to make sure Trump leaves the White House.

Trump is beginning the second stage of his two-part strategy to hijack the 2020 election. In this phase, he builds on phase 1 (see below) and suggests that the election results won’t be “honest,” meaning he would remain in power. Democrats have already raised the alarm.

The first part of his strategy was to capitalize on the chaos of COVID and the subsequent rise in voting by mail. That plan involved making voting harder and suggesting that voter fraud ran rampant when people voted by mail. Louis DeJoy (an oddly apt name) has just sacked key Post Office officials and is threatening to cut spending dramatically, which would prove disastrous for the 2020 election.