Sanders sits on comfortable lead; Russians interfering with his campaign 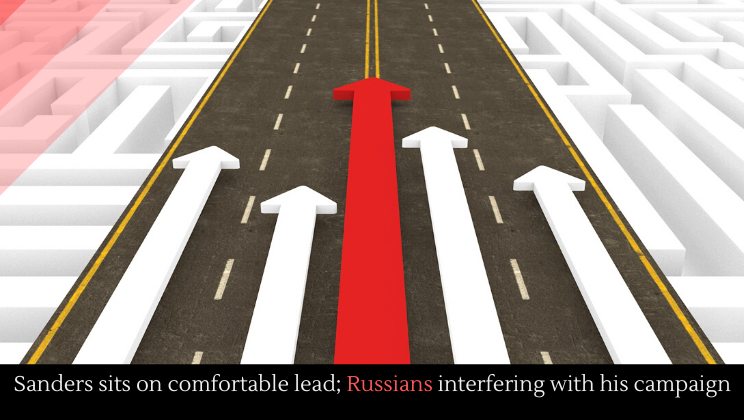 Bernie Sanders leads the primary field in California, with 24%, followed by Elizabeth Warren with 16%. He’s also maintaining his lead in Nevada, ahead of the caucus.