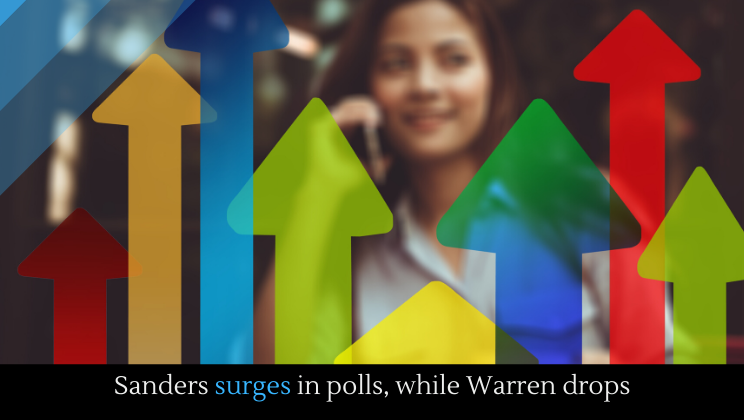 Bernie Sanders is surging in polls. According to recent polls, he is in the lead for the New Hampshire primaries with 26% of Democrats supporting him. Right behind him sits Pete Buttigieg at 22%. Biden and Warren are tied for third at 14%.