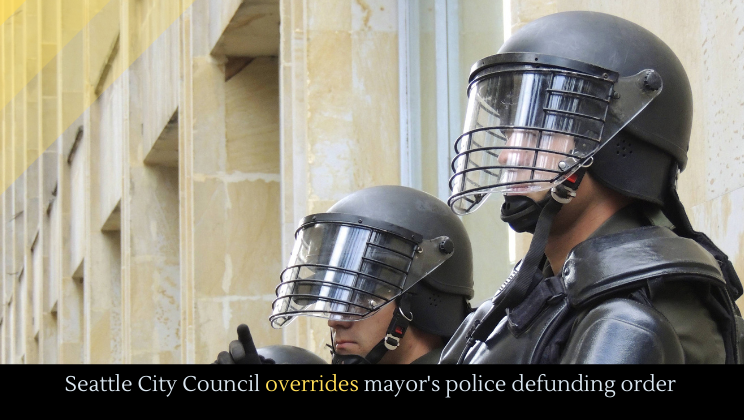 The Seattle City Council has vetoed the mayor’s attempt to defund the police––the news of this ironically broke the same day that one of the police officers involved in Breonna Taylor’s murder was indicted on criminal charges.