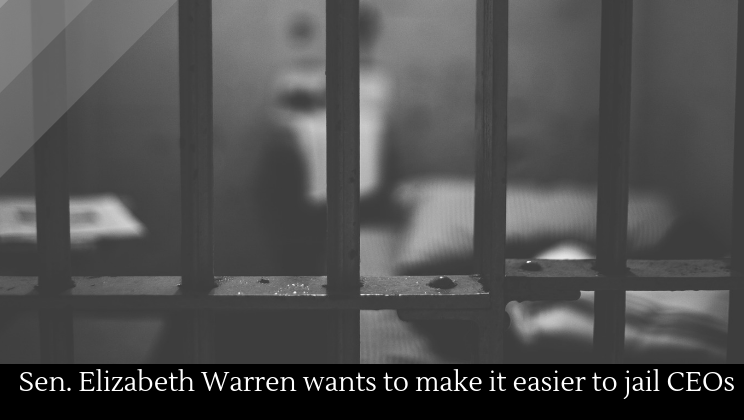 Senator Elizabeth Warren has introduced a bill called the Corporate Executive Accountability Act, which would make it easier for to charge company executives for a company’s wrongdoing. The bill would spread liability for wrongdoing to “negligent executives” of corporations with more than $1 billion of annual revenue.

Warren penned an op-ed for the Washington Post, in which she noted that “Too often, prosecutors don’t even try to hold top executives criminally accountable. They claim it’s too hard to prove that the people at the top knew about the corporate misconduct.” She hopes that the bill will deter CEOs of acting criminally by removing these barriers to prosecution.

Since December, when Warren launched an exploratory committee for seeking the Democratic National Committee’s nomination for president of the United States, she has attempted to stand out in an already crowded field. Warren has thus far avoided embarrassing herself, and has even made some positive headlines. In a CNN town hall, she called for a constitutional amendment that will protect the right to vote for every citizen, essentially nullifying laws that prevent felons from voting. Part of that amendment, as she sees it, will be the abolition of the electoral college. That would mean that individual votes would be counted directly towards the presidential election rather than towards electors who would then cast their vote for president. In theory, this would mean that presidential candidates have to focus on every state, not just swing states.