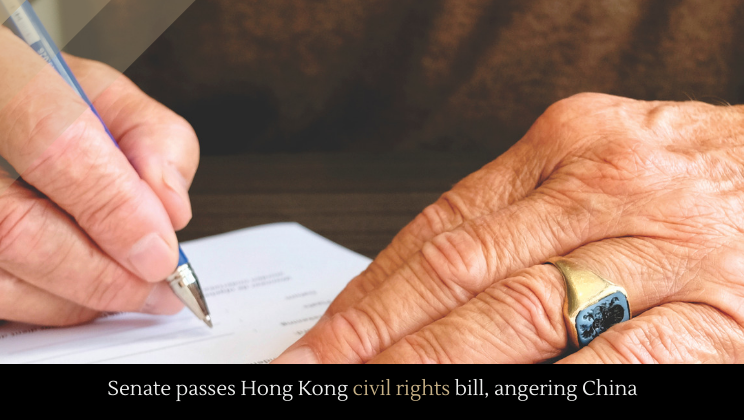 The U.S. Senate passed legislation designed to protect human rights in Hong Kong, as the Chinese government and Hong Kong police crack down on pro-democracy protests. The “Hong Kong Human Rights and Democracy Act” is one of two bills aimed at punishing Hong Kong and China with trade restrictions if human rights were violated.