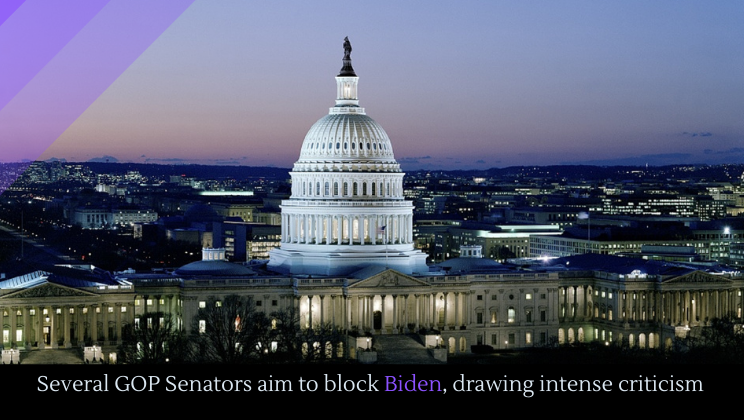 A dozen GOP Senators are looking to block Biden’s inauguration. The Lincoln Project, an anti-Trump Republican organization, has called Ted Cruz and the others the “new Jim Crow caucus.”  Amy Klobuchar put it a bit more simply: “Get a grip.”

According to a report carried by Business Insider, Donald Trump is irate that his VP, Mike Pence, is not supporting the attempt to overturn the election.

According to a Politico report, Trump personally pressured over 150 Republican lawmakers into helping him overturn the election.