The “side hustle” is a scam 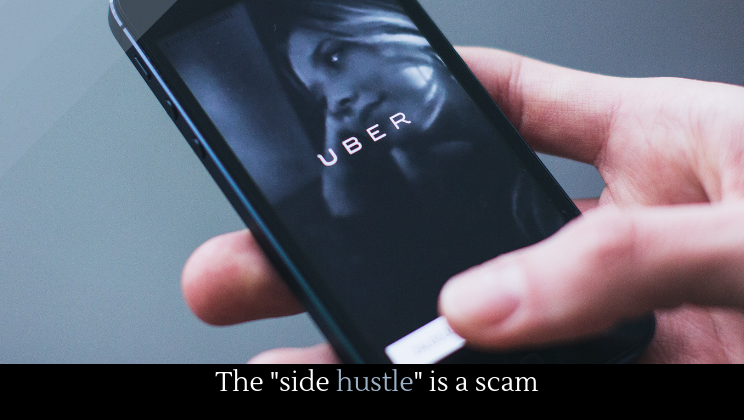 The gig economy is a damnable scam, but too many Americans are accepting it as the new economic normal. Commercials like this one from Uber make the “side hustle” seem glamorous and easy. Americans are easily susceptible to gig economy because we place such high value on hard work. Working hard is not just a good thing, it’s a virtue. We’re trained to connect our worth as humans to our willingness to work. So we sign up to drive strangers around in our cars, to rent out our empty rooms to tourists, or to do any other side job that we can get via an app on our phone.

Data reveal that participating in the gig economy is far from efficient or lucrative, but many participate anyway, either out of ignorance or out of desperation. Many surrender their rights as workers by signing on as an independent contractor, which the New York Times has pointed out makes side hustles a tax nightmare. So without insurance coverage, employee protections, or even decent wages, many Americans sell their labor for pennies to companies with valuations in the tens of billions. Out of principle, Americans should refuse to participate in this scam.