So, Mark Zuckerberg is (unsurprisingly) a conservative goon 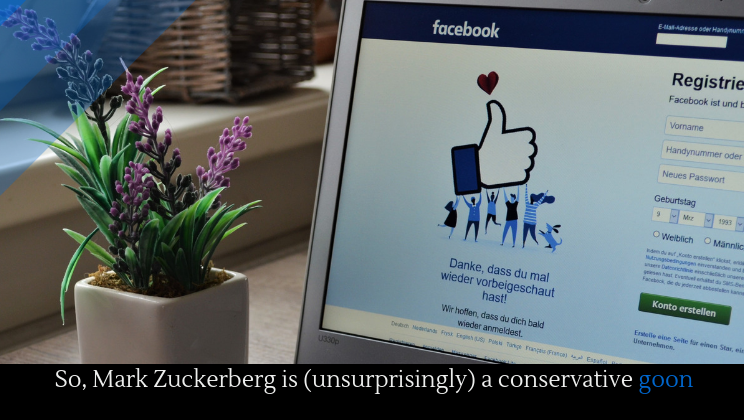 In what should come as a total shock to absolutely no one, the hyper-rich Mark Zuckerberg is a total conservative patsy. What’s worse, he’s a secret conservative goon––he’s been meeting in private with conservative journalists and even politicians. Now, it doesn’t matter what his exact political leanings are personally, but it absolutely matters what they are if they’re going to influence his social media platform, which is arguably (and sadly) the most influential force in the upcoming elections. That he’s meeting with these folks in secret and Facebook is apparently anti-Warren are both very dangerous facts.