Son tips off FBI to father who participated in Capitol riot 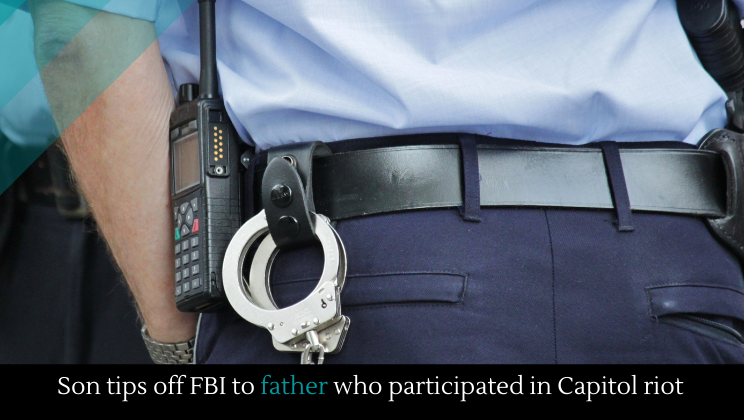 In a scene eerily reminiscent of the Civil War, which famously turned brother against brother and father against son, a young man reported his father, who participated in the Capitol riots, to the FBI. The father threatened the son to keep quiet, but the young man refused.

Two Virginia police officers have been suspended after being charged with participating in the January 6 Capitol riots. Sergeant Thomas Robertson and Officer Jacob Fracker, officers with Rocky Mount Police Department in Virginia were arrested after photographs appeared of them in the Capitol.