We spoke too soon: Dejoy is still sabotaging the USPS 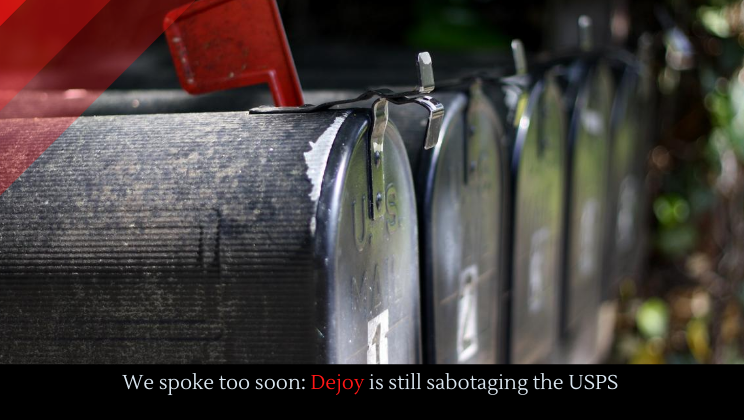 Well, dammit. Earlier this week, the Postmaster General has agreed to stop all his “reforms,” which critics called blatant attempts to sabotage the election. I, personally, was foolish enough to believe him. But reports are coming out that the Post Office is still removing mail sorting machines. But the battle isn’t over––New Mexico, Pennsylvania, and other states are all suing.