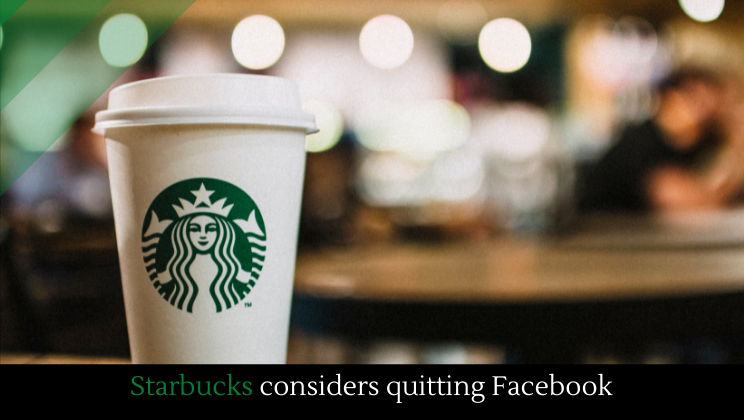 Starbucks is considering abandoning Facebook due to the hateful comments left on the company’s social justice posts.

Last year, advertisers pulled money over Facebook’s refusal to censor hate speech. Now, companies are pulling money from all social media platforms. The latest company to do so is Starbucks, following Coca-Cola, who also announced that it would pause all of its social media advertising for at least thirty days. This will undoubtedly add to the pressure Facebook is feeling.

Despite the tremendous pressure from inside and outside the company, Facebook refused to change its policy on (not) fact-checking political ads. A series of advertisers subsequently added their weight to the pressure campaign: Patagonia, North Face, REI, and Ben & Jerry. Next, Verizon pulled their money out. The more traditionally “hippie” companies like Ben & Jerries are no surprise, but Verizon isn’t generally known for its political stances.

Civil rights leaders called on Facebook to curtail Trump’s (and Trump-inspired) calls to violence, Facebook refused. Over 140 scientists who are funded by Zuckerberg and his wife have signed a letter condemning Zuckerberg for letting Trump spread misinformation. And now, Facebook employees are considering ceasing interviewing new employees to protest Zuckerberg’s inaction.