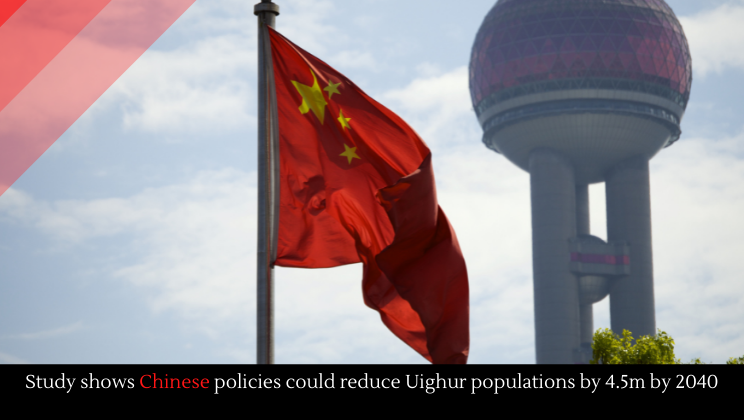 The Chinese policies aimed at wiping out the Uighur people could lead to a population loss of about 4.5 million people by 2040. The current Uighur population is around 10 million.