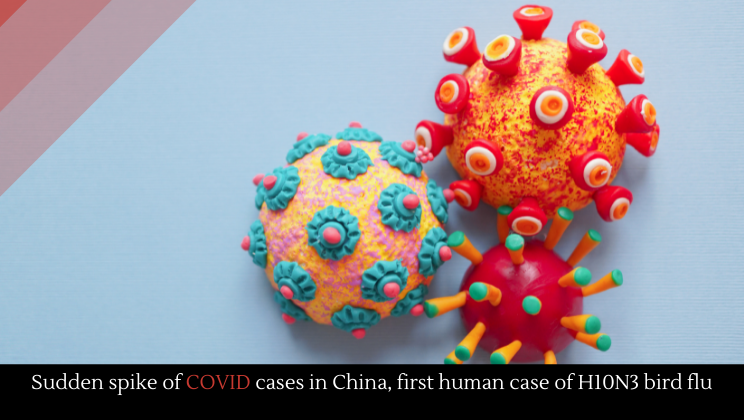 There has been a sudden spike in COVID cases in southern China, leading to a spate of canceled flights. The country also just reported the first human case of H10N3 bird flu, but the disease is not very dangerous so while there’s nothing to fear from this virus, it is a reminder of the danger of animal-to-human diseases.

One of the highly infectious COVID variants from India has been found in Vietnam, spreading alarm of a new surge. India has recorded its lowest COVID spike in weeks, while cases around South Asia reach 30 million. As India’s COIVD surge begins to abate, its true horror is coming into clearer focus. Struggling under a collapsing health care system, many Indians turned to social media to find help. Others aggregated information about available hospital beds and open clinics.