Summer 2021 hottest on record in contiguous US 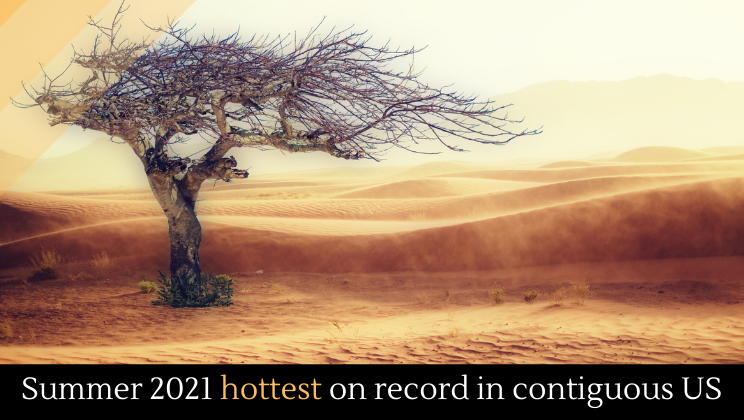 This past summer was the hottest on record in the contiguous United States, according to NOAA. More than 220 medical journals have warned that climate change is causing such harm to peoples’ health that we cannot wait for the pandemic to end before taking drastic action. Scientists have warned that a glacier in the Canadian Rockies is melting faster than it ever has in recorded history. This year’s heat waves and wildfires have caused massive ice loss, potentially disrupting the local ecosystem for generations to come.