Support for Trump impeachment up 12 points 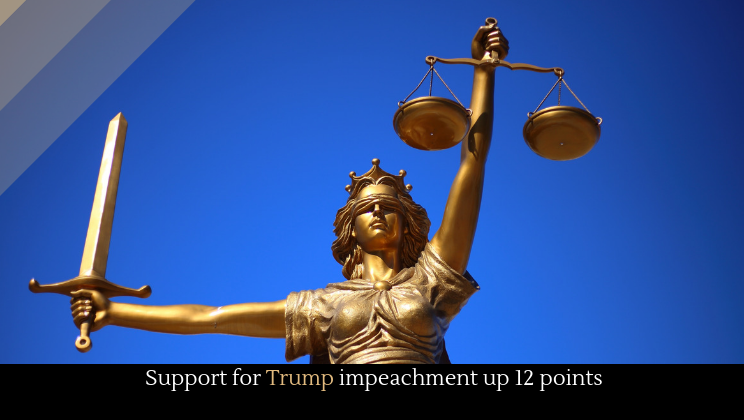 According to a new poll, support for impeachment proceedings against Donald Trump has risen 12 points since three months ago. Opposition to impeachment dropped 3 points.

The move comes after Donald Trump admitted to speaking with the Ukrainian president and suggesting he look into the Trump’s rival, Joseph Biden. As the New York Times points out, Pelosi’s announcement ends months of caution on the Democrat’s part, and signals a new aggressiveness against Trump.