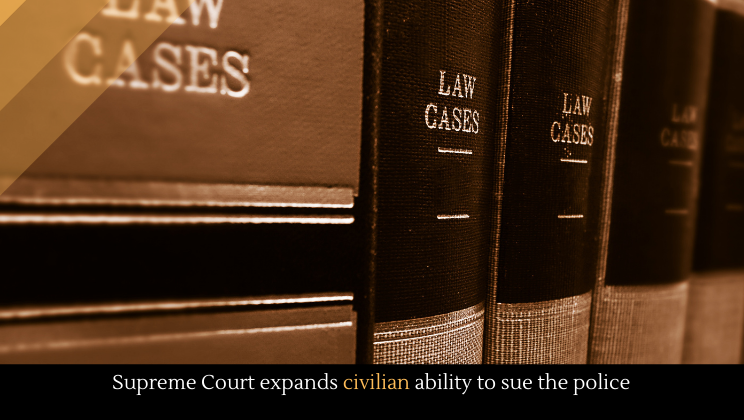 The U.S. Supreme Court ruled in favor of a New Mexico woman who sued police after being shot. The ruling expands civilians’ ability to sue police for excessive force.