Sweden will not recommend vaccines for kids 5-11 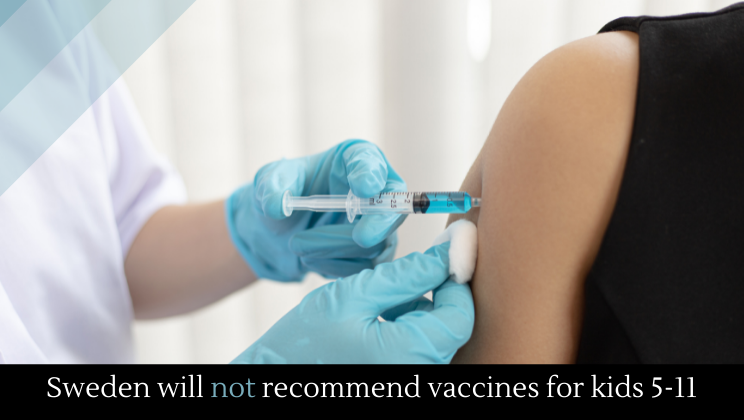 Sweden has opted against recommending vaccines for children aged 5-11, arguing that there are not enough benefits to merit the recommendation. In short, children simply do not get that ill.

Earlier this week, an FDA advisory panel unanimously recommended (including one abstention) that kids aged 5-11 get the low-dose version of Pfizer’s vaccine. Now, the FDA has authorized the vaccine for that age group.

Almost one month ago, Pfizer sent data tot he FDA in order to get approval for vaccines among children 5 to 11.

Last month, Pfizer and BioNTech announced that they were planning to ask regulators for approval to administer vaccines to children older than five. If granted, that should help reduce the risk COVID poses to school children.