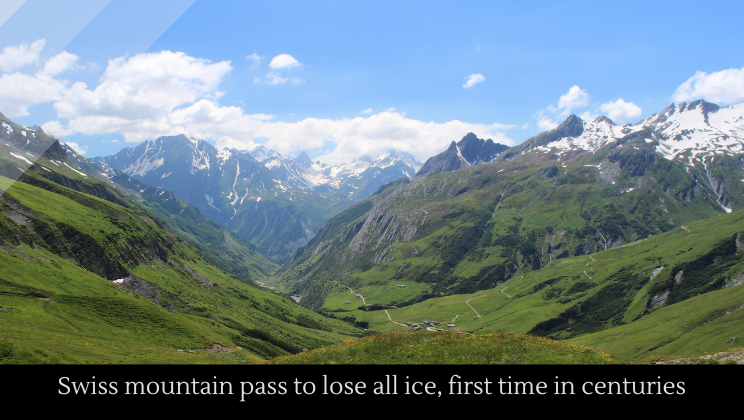 The pass between Scex Rouge and Tsanfleuron has been covered in ice for more than two thousand years, but all that ice is about to melt. According to a recent study, climate change is likely to exacerbate 58% of human infectious disease.

Iraqis are suffering through 120º weather and, if that weren’t bad enough, a failing power grid. After multiple heat waves, France is facing the severest drought on record.

It’s possible that 1,000 people died in the heat waves that struck New England. Scientists did not expect to see  temperatures of that intensity until 2050.

“Zoe” has become the world’s first named heatwave; it is responsible for over 1,000 deaths in Spain. The United Kingdom saw temperatures of more than 104ºF (or 40.2ºC) for the first time ever. A report from the UN suggests that an economic system built on short-term profit is destroying the environment, and without changing that system we will never be able to fix the environment.