Taiwan says Chinese blockade would be act of war 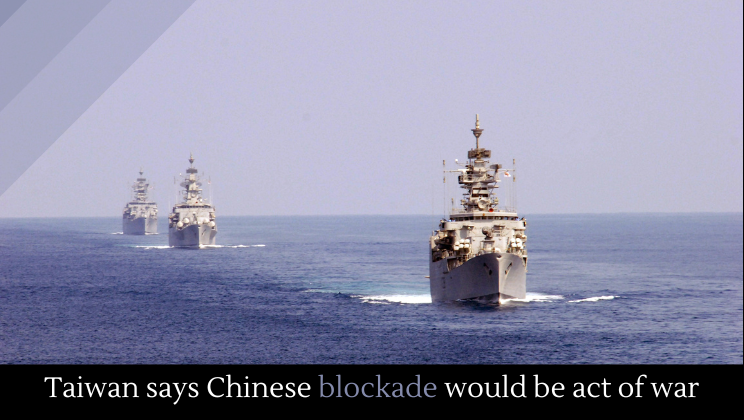 Taiwan has warned that a Chinese blockade would be an act of war, and that Taiwan would not backdown.