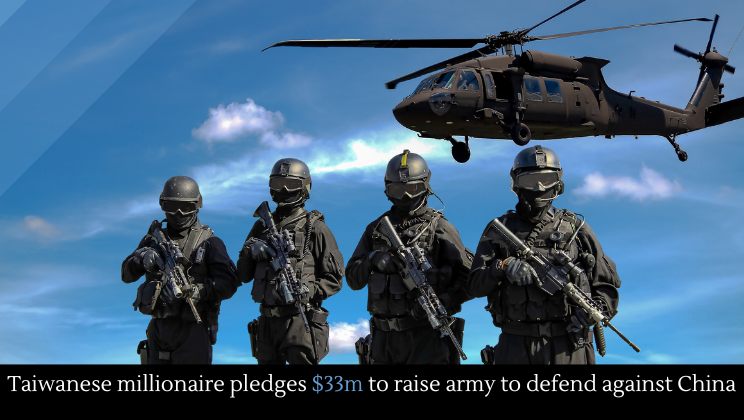 A retired tech tycoon has pledged $33 million of his own money to raise an army to ward off a Chinese invasion.