Tech CEO from Jan. 6 riots gets a month in jail 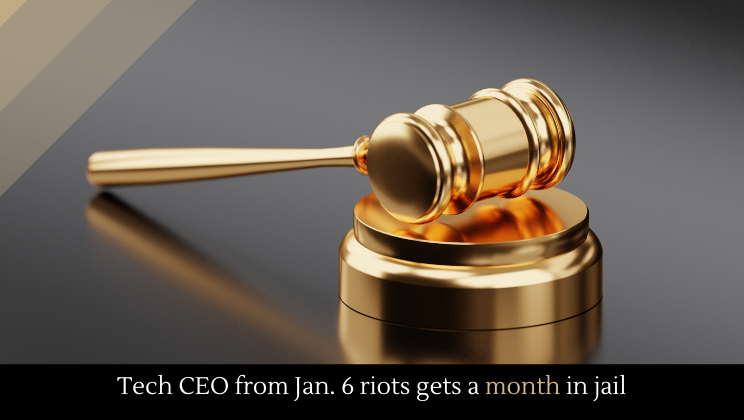 The tech CEO who participated in the January 6 riot at the Capitol (famously throwing a chair) has been sentenced to 30 days in jail. In related news, the Justice Department is seeking a prison sentence of more than four years for the so-called QAnon Shaman, in order to set an example for future would-be insurgents.