Texas Republicans tried, and failed, to oust a Muslim for his religion 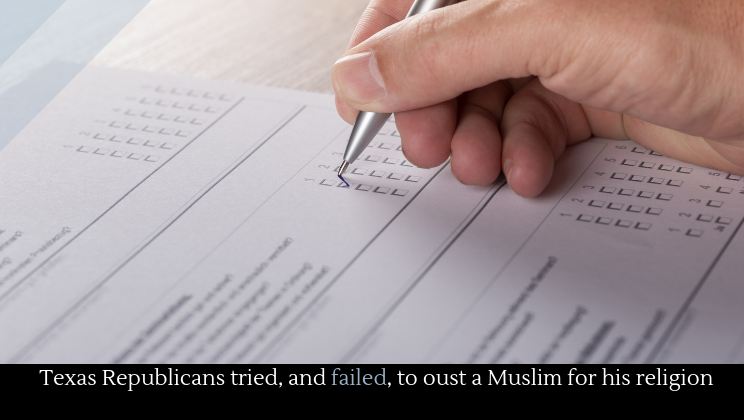 The story almost immediately gained national attention––and it was very bad PR for the GOP:

“This (Shafi) story has gained national attention and has put the party in a bad light, all thanks to the actions of a few,” said William Busby, a former precinct chairman and leader for the Tarrant County Republican Party. “Corporate donors, the big donors, don’t want to be associated with a party that’s going in the direction of excluding people based upon their religious beliefs.”

Both Ted Cruz and George P. Bush (Jeb Bush’s son) decried the attempt to remove Dr. Shafi, pointing out that it’s both un-American and unconstitutional.

In an open letter, Dr. Shafi wrote something important:

A nation divided by hate and fear makes us weaker, and our enemies stronger. It is through inclusion, and not exclusion, that we will be able to build strong communities, where neighbors trust and protect each other, and our enemies cannot find refuge.