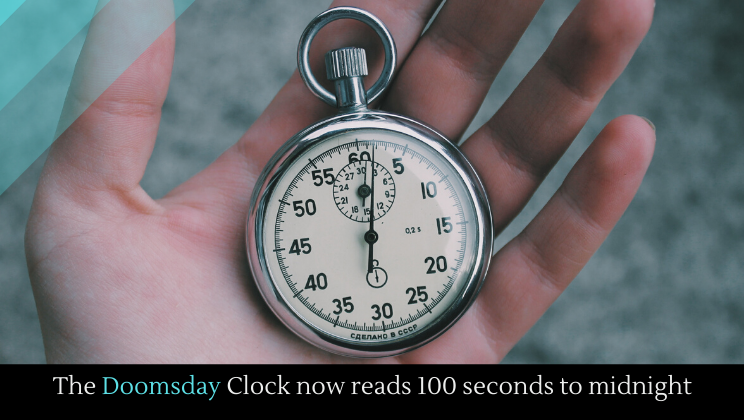 The Doomsday Clock is now closer to midnight than it has ever been––a mere 100 seconds from the imagined end of the world. Fueling the leap forward is global misinformation campaigns, wars around the world, and, of course, climate change. Together, these factors are leading to tremendous destabilization.

The United Nations already made a statement preparing for this destabilization. UN High Commissioner for Refugees said that the world needs to prepare for millions of “climate refugees,” following a hearing that deemed anyone fleeing their country for climate reasons an official refugee. That means they warrant special status and cannot be turned back from entering a country.