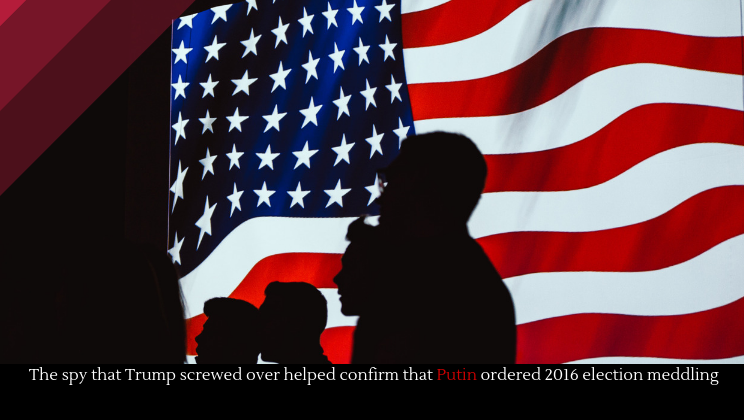 In 2016, American officials realized that Putin was meddling in the presidential elections. Thankfully, they had a spy they’d been cultivating for decades. The spy provided valuable insight into the Kremlin’s campaign against the States.

United States intelligence pulled that spy out of the Russian government in 2017, after Trump leaked classified information to the Russians in an Oval Office meeting.

Take a minute to read that again. Trump shared sensitive information with Sergey Lavrov, Russia’s foreign minister, and Sergey Kislyak, Russian ambassador to the US at the time. The information came from Israel, which did not give the U.S. permission to share it with anyone. The move “prompted intelligence officials to renew earlier discussions about the potential risk” to the spy in question.

This is definitely not Trump’s only national security gaffe. Last week, President Donald Trump tweeted an image of a failed rocket launch in Iran. He taunted Iran, sending “Iran best wishes and good luck in determining what happened.” But the joke was not on Iran, it was on Trump, because by sending that image into the ether he offered what experts say is a goldmine of information.