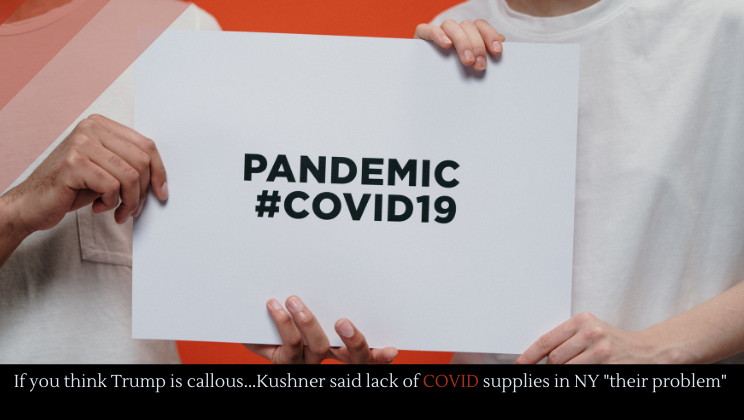 Jared Kushner allegedly told a group of business leaders that the lack of medical supplies in New York was “their problem,” despite the mass casualties from COVID.

The hits keep coming for the Trump campaign. The Atlantic editor-in-chief is catching flak for the bombshell story about Trump calling war dead “suckers” and “losers,” but the editor is standing by the reporting. In fact, he says that he thinks there will be even more news coming out in the following days and weeks about Trump’s disrespect. The White House has denied the report, of course, and Trump has raged at Fox News for sharing the story, but the Fox reporter didn’t repent.