Thousands of National Guard troops prepared for anything at Biden inauguration 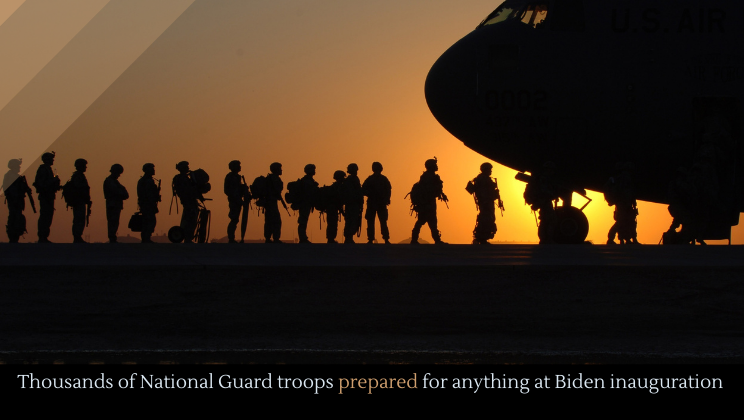 As it is every year, the National Guard will ensure that 2021 inauguration is safe. But, after the trainwreck that was 2020, the Guard is ready for anything. Even though this inauguration is set to be intentionally small, they are ready to call on up to 7,000 soldiers.

The Secret Service is set to realign the presidential detail as Biden takes office––a normal move for the Service, but a move whose timbre changed when Biden’s team expressed concern that some agents are inappropriately aligned with Trump.

These concerns are not baseless. Security experts have warned that the right-wing embrace of conspiracy theories represents mass radicalization, a claim borne out following the dramatic events after the election, QAnon supporters have vowed to leave the GOP, possibly forming a party of their own.