Thousands of Seattle students must get vaccinated or be expelled 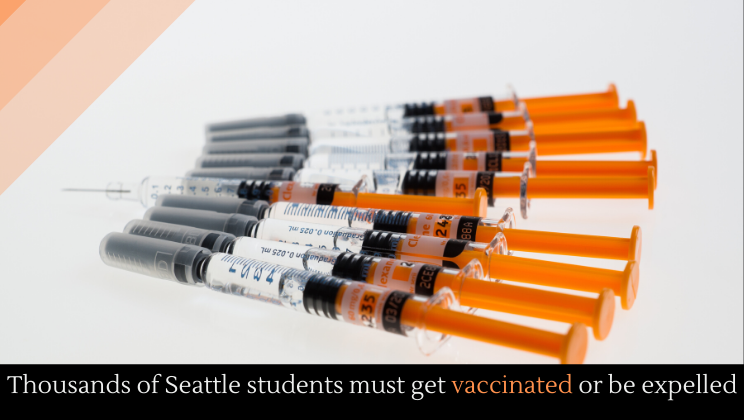 Thousands of students enrolled in Seattle public schools were given a stern warning this winter break: get vaccinated or don’t come back. Some, but not all, of the students are lacking the measles vaccine.

Seattle is following the lead of other states. Around 26,000 New York children have not been vaccinated because their parents obtained religious exemptions from vaccination requirements. But, due to a recent measles outbreak in New York, state lawmakers abolished the religious exemption. As a result, all of those children face a choice: get vaccinated or be expelled.

An Israeli flight attendant who flew from New York to Israel and contracted measles has died. Rotem Amitai was 43-years old and had been hospitalized for months.There are currently 1,182 confirmed cases of measles in the United States. More than 75% of cases are linked to New York city. New York has been among the hardest hit by the virus.