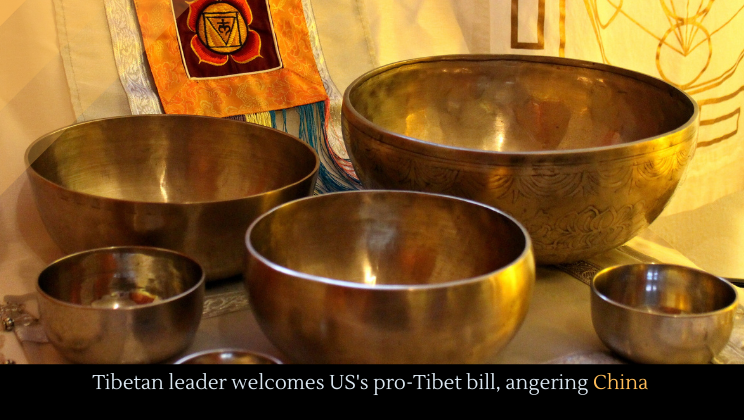 The Tibetan political leader in exile has cheered a United States bill reaffirming the rights of Tibetans, a move that has angered China.