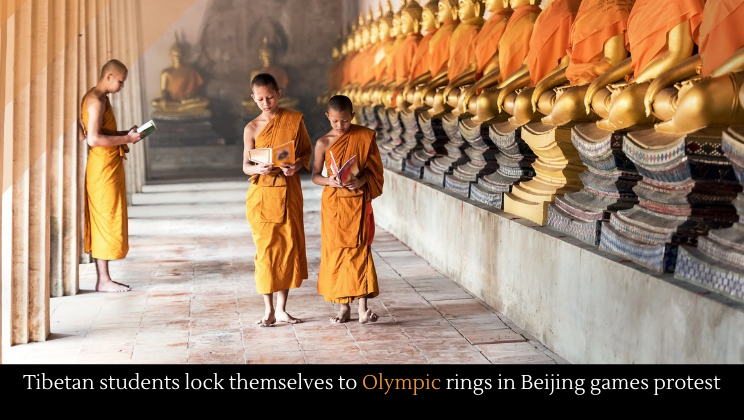 A group of Tibetan students have chained themselves to the Olympic rings in protest of the Chinese treatment of Tibet and its people.