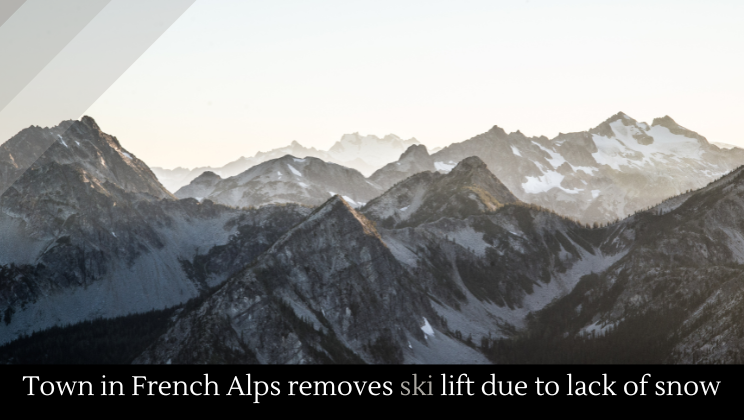 A town in the French Alps has demolished its ski lift because the snow has just stop coming.

CO2 emissions are expected to hit an all time high in 2022, according to new data. The UN is planning to use satellites to hunt down methane emitters. A recent report by Oxfam reveals that billionaires produce a million times more emissions than an average person.

The UN chief warned that the world is risking “collective suicide” if we all do not take more extreme actions to combat climate change.

India is calling on wealthy nations to keep their promise to provide $100m in aid to developing nations. Delhi is currently faced with a toxic smog crisis, forcing the nation to shut down factories and schools and urge people to work from home.

NASA and NOAA has said that the hole in the ozone layer continues to shrink.

The UN has warned that time is running out to address greenhouse gas emissions.  Scotland is snow free for the fourth time in six years—it has only been so nine times total in the last 300 years. Despite the danger, after the Paris climate deal, the World Bank spent $15b on fossil fuels.

The UN Secretary General said the world is in a “life-or-death struggle” as a result of “climate chaos” as huge storm caused massive flooding in Alaska.