Trump allegedly says “Can you believe people believe that bullshit?” after meeting with evangelicals 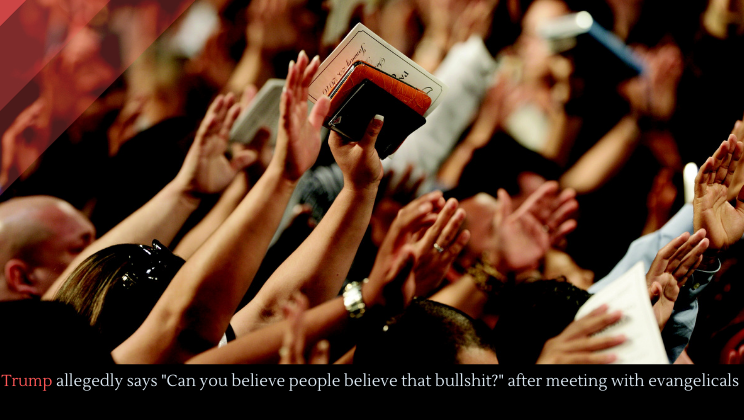 Michael Cohen, in his tell-all book on his time in the Trump administration, has described an incident that could be damaging for Trump. According to Cohen, after a meeting with evangelicals, Trump said, “Can you believe people believe that bullshit?” It’s not terribly likely that this story will change the mind of hardcore Trump-backing evangelicals, but for those on the fence––and there are more and more of those––this story could be the final straw.

Christians aren’t the only group that Trump is alienating. The Atlantic editor-in-chief is catching flak for the bombshell story about Trump calling war dead “suckers” and “losers,” but the editor is standing by the reporting. In fact, he says that he thinks there will be even more news coming out in the following days and weeks about Trump’s disrespect. The White House has denied the report, of course, and Trump has raged at Fox News for sharing the story, but the Fox reporter didn’t repent.