Trump attacks McConnell for giving up a losing battle 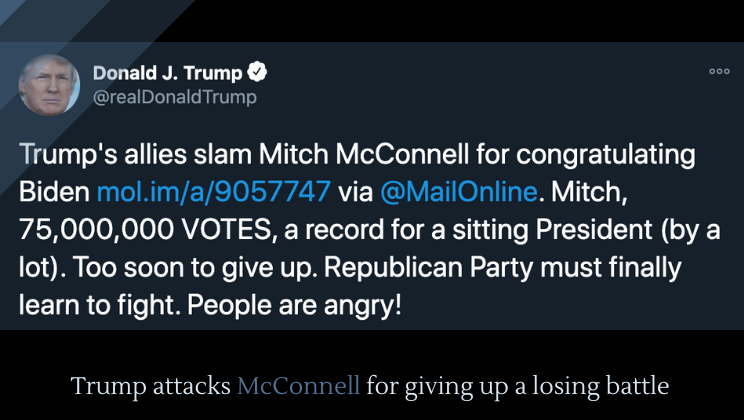